Castra is the Roman word for military camps, and it is the core of this strategy game. Castra has been in development for ~3 weeks, and this is only is an early preview of what the game is about. Join the Discord 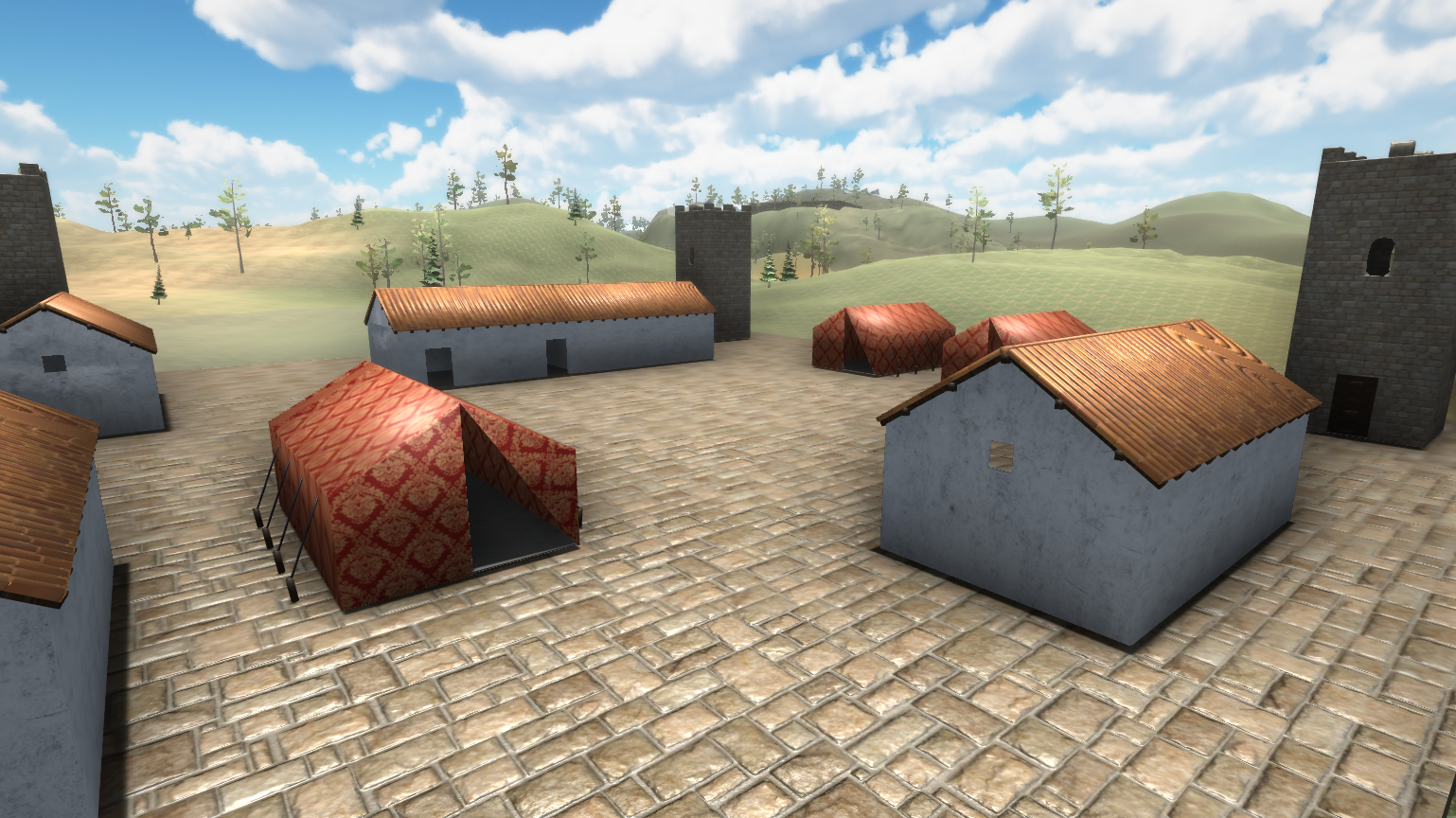 In Castra, each territory is controlled from a Castrum (military camp) that is occupied by soldiers. In order to keep the army feed and healthy, different buildings such as barracks, watch towers, and medical tents will have to be constructed. Balancing resources and preparing enough defenses can make the difference between victory and defeat when an attack comes. 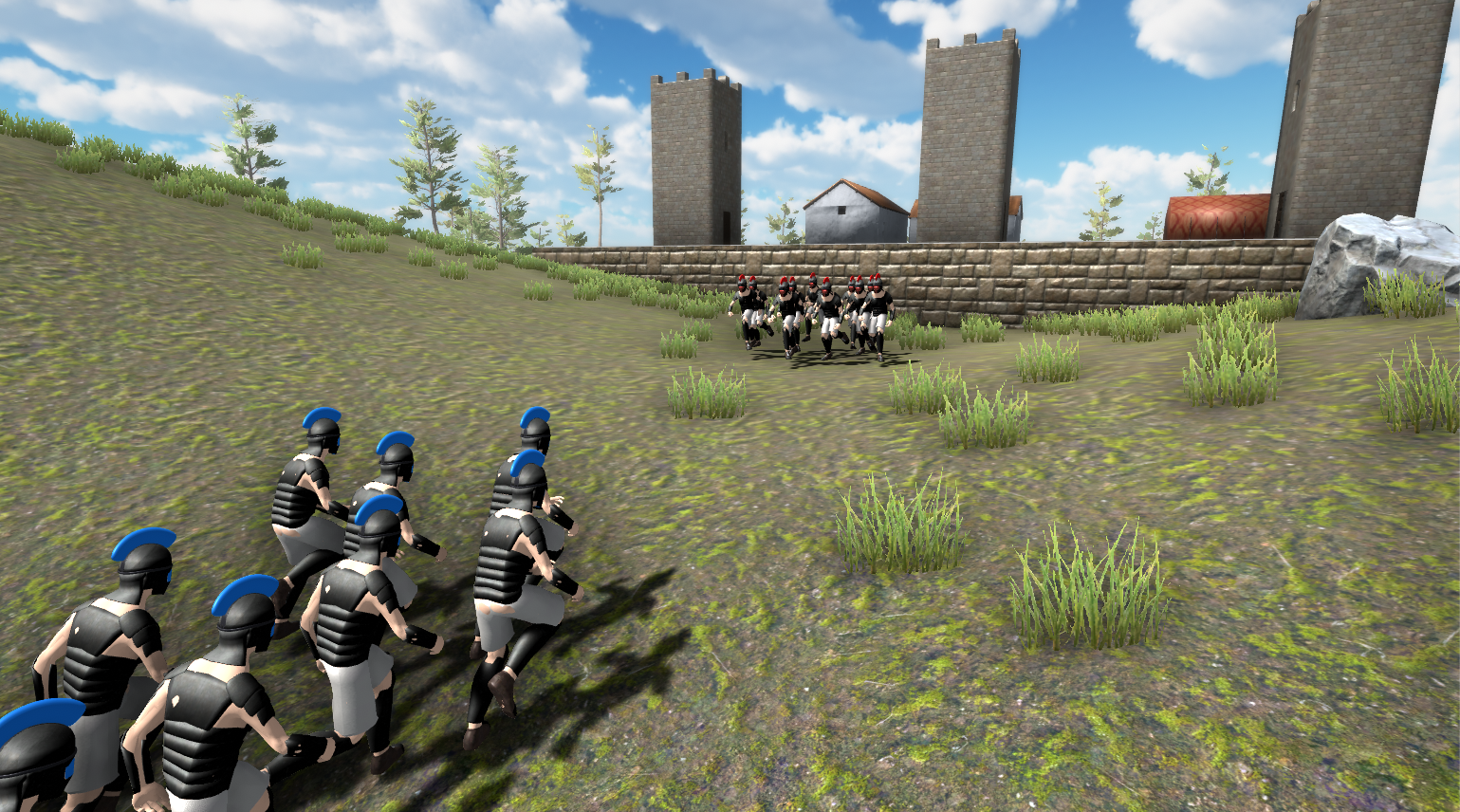 The combat system is a lot of fun in this game. Unlike most turn-based strategy games, which feature very basic and uninteresting battles. My goal is to combine the excitement of real time combat with the strategic elements that turn-based games do so well.

With the planned addition of multiple units, there will be strategic decision making required before going into battle. Each unit will be strong against some unit types and weak against others. Which means unit combinations will play an important role in battle. This rock-paper-scissors style of balance can be so much fun, as my countless hours in StarCraft 2 has taught me. 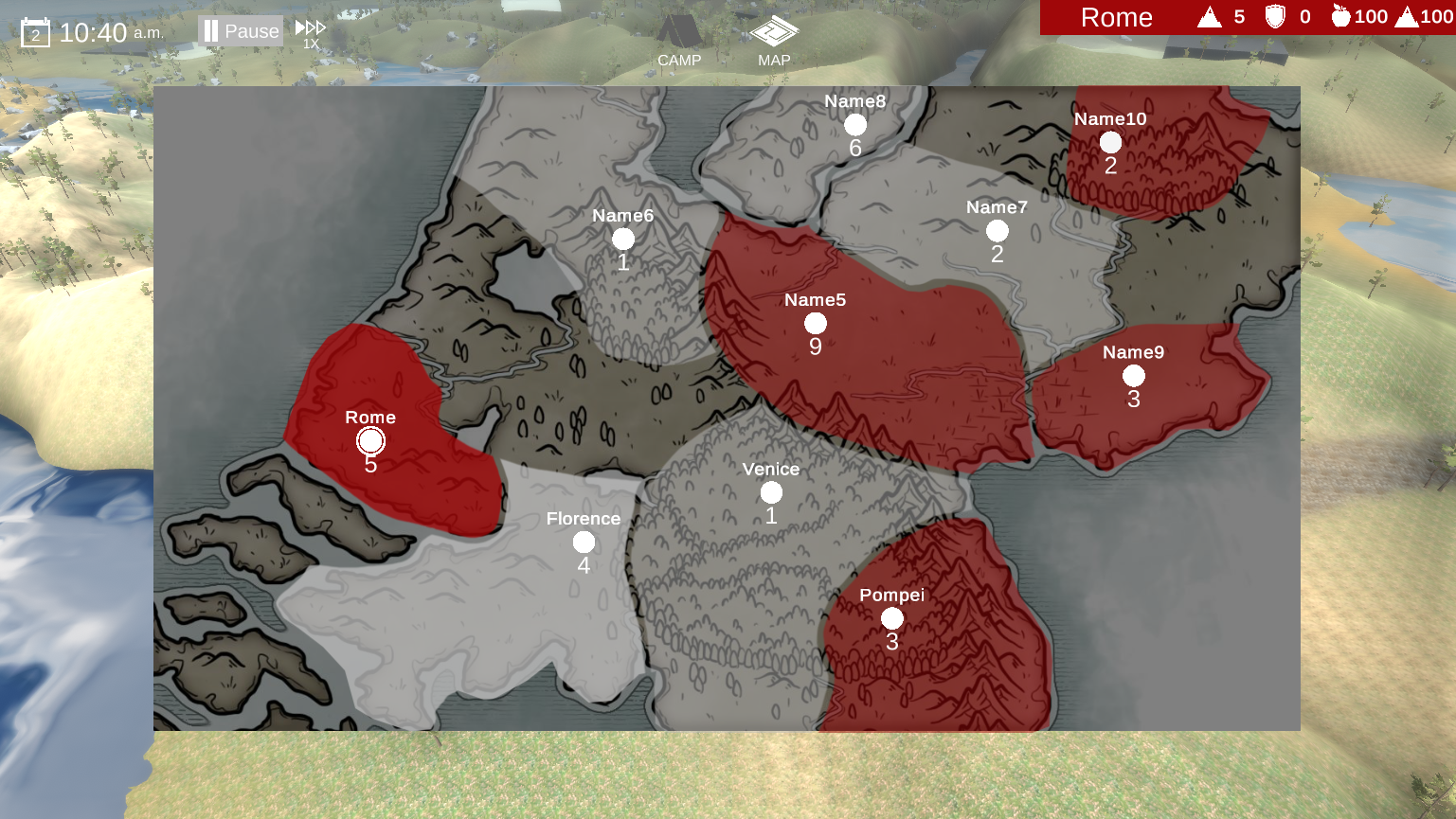 This is an early look of what the map screen will look like. The map will be used to plan which enemy territories to attack, and which friendly territories need reinforcing. Controlling more territory will gain the player more resources and soldiers. But spreading troops out too thin will create vulnerabilities the enemy will attack.

I am excited to be launching my first ever Kickstarter campaign soon! My goal is to launch ~2 months from now. I have really big goals for this game, and I know it will be amazing. With your help, this project will use funding to create a larger and more polished game. My ultimate goal as a game developer is to make games people love, please support this passion project and join the Mailing List.